Kirkus Reviews - The Pearl of Immortality 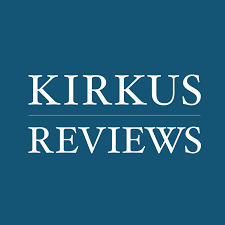 In this YA fantasy debut, a teen learns that his destiny involves a distant planet, several races of magical beings, and the defeat of a Dark King.

In 18th-century Persia, Xerxes has just turned 15. On his chest is a birthmark shaped like a dragon’s head, and his grandfather Azman calls him Dragonheart. For the boy’s birthday, Azman gives Xerxes a prized sword that he forged himself years ago. He also suggests that Xerxes and his friend Kaspar skip their morning chores and ride into the city with him. But on the busy streets, the boys accidentally spill a man’s pastries and must run for cover. At the insistence of a strangely garbed fighter, they duck into a curiosity shop. Inside they meet the warrior, named Zalgarra, who instructs Xerxes to seize a gold lamp. The teens argue about taking the advice seriously when a dark-cloaked creature appears and attacks. Xerxes grabs the lamp and finds himself transported to the planet Ishtar, where he is the prophesied Thirteenth Dragon Rider.

His arrival marks the beginning of his training with Grandmaster Nab and the dragon named Sesha, and the hunt for the Pearl of Immortality—crucial to the bond between dragon and rider. Attempting to thwart the hero are the Dark King of Snakes, Xul-Nagrah, and the wretched Queen Kaliiya. In her epic novel, Singh marries reliable genre elements like dragons and elves with strong statements on fate, as when Azman says,

“Accept what Destiny has weaved for you, for no Design of Life can be altered.”

On Ishtar, heavy sweeps of lore surround Xerxes, including the presence of the long-lived Aryans, Nemurs, and Bazilians—all presided over by the Elder Gods—and the True Flame, which facilitates magic. Singh’s prose conjures loveliness, like the chamber with “a dark background radiant with flickering stars” that’s embellished with “images of colourful dragons.”

Fantasy fans of all ages who love meaty chunks of layered mythology and a strict light versus dark dynamic should enjoy this series’ opening volume.